Carbon emissions, specifically carbon dioxide emissions, are the primary greenhouse gas created and emitted into the atmosphere from fossil fuel consumption. In 2014, carbon dioxide accounted for over 80% of all human activity-related greenhouse gas emissions. Throughout the United States, these emissions saw a rapid and dramatic rise from 1990 through 2005. Numerous factors, including political, technological, and sociological have led to these numbers decreasing steadily since 2005, although we are not yet below 1990 levels in most states. This data visualization examines the carbon emissions of the 50 states, District of Columbia, and the United States as a whole. 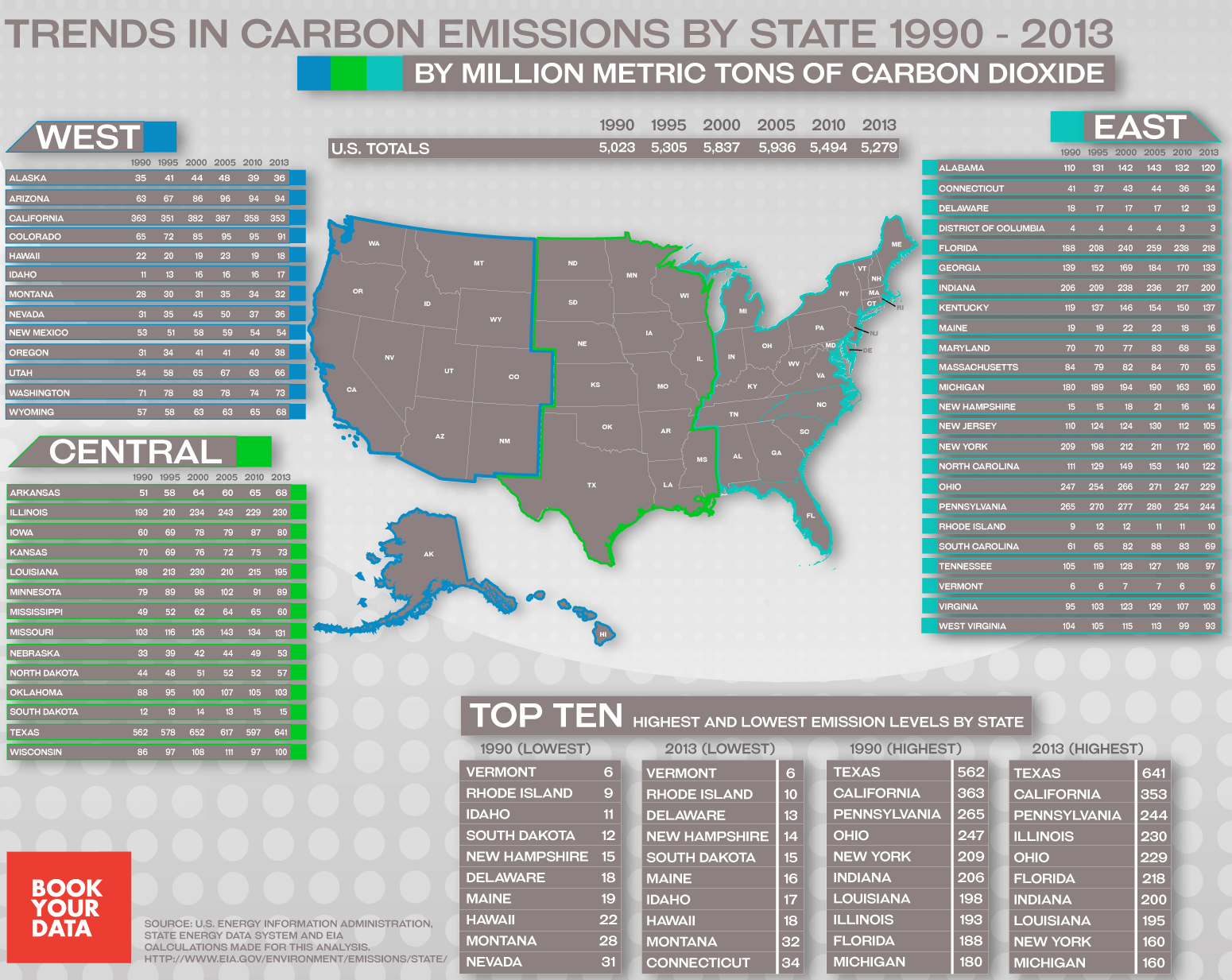 
Embed this infographic to your blog: