The Evolution of Email 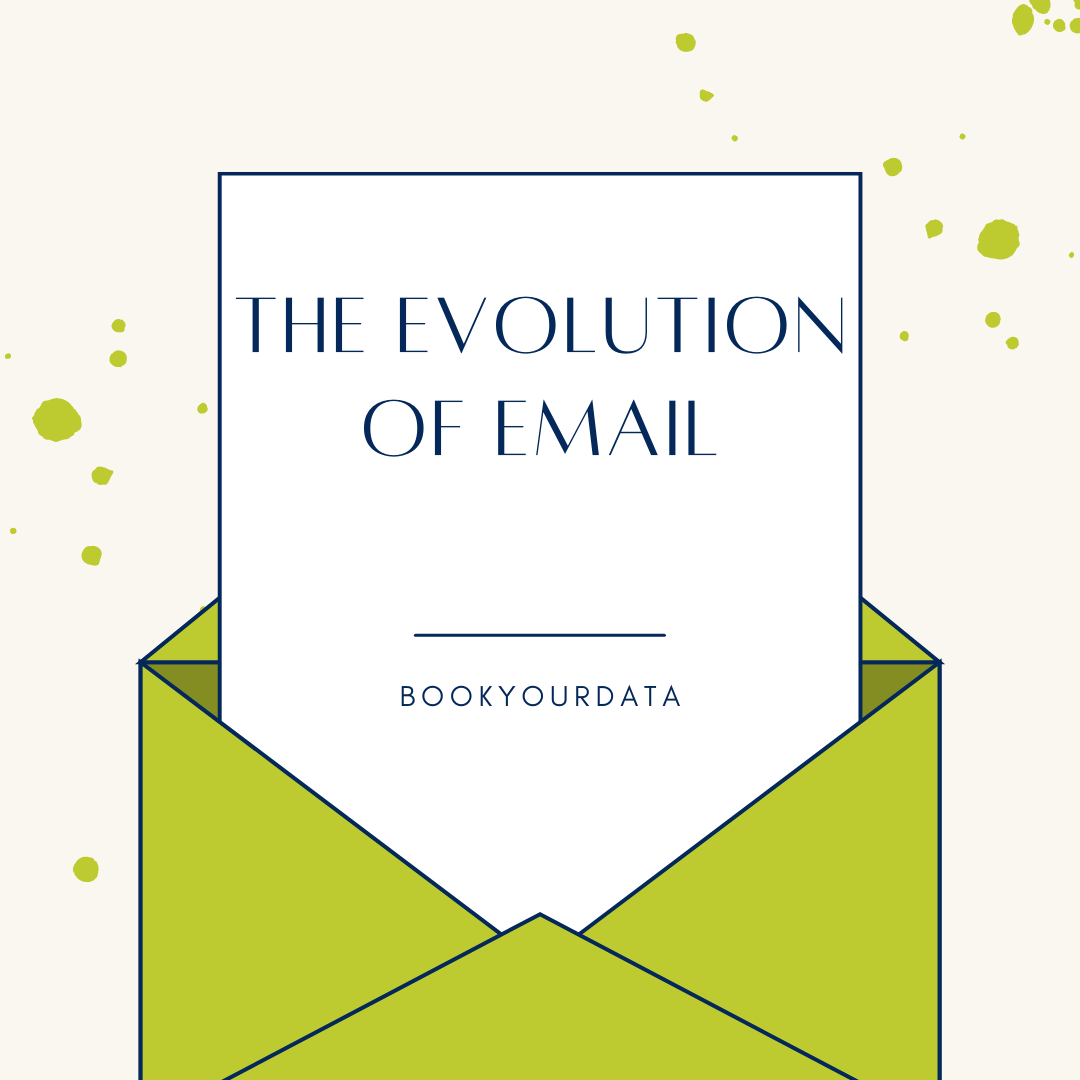 Today, it's hard to imagine a time without email. For many of us, our day starts with checking our email. We use it to send messages around the world almost instantaneously. Sign up for any service and it is likely that you'll be asked for your email address. Though the service is used by hundreds of millions of people a day, very few know the history behind how this revolutionary technology came to be. It is easy to associate email with the explosion of personal computers and the Internet in the mid-1990s, but electronic mail is actually much older than that. Early forms of email exchanged over a closed network have existed since the 1960s, and the word "email" itself was first coined in 1982. The evolution of email and its place in our world today is a story that spans more than 40 years. From a technology known only to a few to our main means of communication, email has changed the world.


A Brief History of Written Communication

While email is a relatively new means of communication, it is based on one that is thousands of years old. The earliest evidence of written language dates back to ancient Sumer between 4100-3800 B.C., when marks pressed into clay tablets were used as records for land, cattle, and grain. As writing developed, it was used for more than record-keeping. Letter-writing became the most reliable means of long-distance communication, and making sure letters were delivered became extremely important. By 900 B.C., China developed a postal service for the delivery of messages to ensure communication between government outposts. In 100 A.D., Rome used couriers to deliver messages to the corners of the empire. During the Dark Ages, European monasteries developed a dedicated letter system and royal messengers sent missives between ruling leaders, but a single, organized method of sending and receiving letters for the common people, many of whom remained illiterate, was centuries away.

Until the 16th century, when private mail systems began to appear in Europe and the American colonies, mail was delivered by giving the message to an individual going in roughly the direction the letter was supposed to and hoping it would arrive. Several individual postal systems were in use in the colonies as early at 1673, but it wasn't until 1775, when Benjamin Franklin became the first postmaster general of the United States and the United States Postal Service was formed, that a single coherent system was implemented. In 1860, the Pony Express branch of the postal service was created as a means of providing fast, reliable mail delivery to the western territories. Messages along the express could travel the distance from Missouri to California in ten days, an almost unbelievable feat. Technological advancements like planes, trains, and cars shortened the time it took for mail to be delivered around the world, but mail service remained limited by the time it took for a letter to get from writer to recipient.

The Development of Email: From Interoffice to Interweb

While electronically sent messages date back to 1832 and the invention of the telegraph, what we call email can be traced back to 1965. That year, the Massachusetts Institute of Technology set up MAILBOX, an expansion of the Compatible Time-Sharing System used since 1961. MAILBOX allowed users to send messages directly to each other over an interconnected, dial-up network. This was an improvement over the original CTSS system, where a message could only be placed in a common directory that was viewable by anyone with access to the network. CTSS and MAILBOX were the first forays into a new method of communication using computers, but they were far from the last. These programs allowed users to exchange information almost instantaneously, and at a time when the only way to send large amounts of data was to print out a hard copy and physically send it through the postal service, the speed of MAILBOX was unprecedented. While MIT was the first to utilize MAILBOX, it soon spread to other colleges with CTSS users, and a new era of electronic communication was born.

In a strange twist, email was actually in use before the invention of the Internet. The forerunner to our Internet wasn't implemented until 1969. That was the year the U.S. Department of Defense unveiled its Advanced Research Projects Agency Network, or ARPANET. The idea behind ARPANET was simple: Create a place where a user could connect to any other user without having to switch between dedicated computer terminals. At the time, the only way to talk to another user online was to use a computer that was dedicated, or exclusively linked, to another computer. With ARPANET, users no longer had to switch between dedicated terminals to communicate; the users only needed to be connected to the network.

ARPANET was a success, with universities and government agencies around the country quickly connecting. The first network email was sent over ARPANET in 1971 by Ray Tomlinson as a test, but it wasn't the last. Over the next 20 years, computer technology, the Internet, and email evolved hand in hand. In 1982, the Simple Mail Transfer Protocol became the Internet standard for electronic mail. In 1988, Microsoft became the first company to offer a commercial email suite with Microsoft Mail.

In 1991, the World Wide Web was made available to the public. At the time, there was little public interest, but that would soon change. As more and more people connected to the Web, the demand for email increased. In 1993, AOL and Delphi connected their email systems to the Internet, allowing users to take advantage of this easy and quick means of communication. In 1996, Hotmail became the first free email service that was entirely Web-based, and a year later, Microsoft released Outlook 97, an email program that came preloaded with Windows.

Today, email is the main method we use for long-distance communication. More than 100 billion messages are received and sent every day, and that number is only expected to increase. There are hundreds of email providers offering a host of services, whether free or for a service fee. Email is accessible on computers, phones, tablets, and any device that can connect to the Internet. Modern email platforms give user almost total control of their mailbox, with features like junk mail filtering, scheduling, and personalized news feeds. In 40 years, email has changed the way we communicate with the world.